Some of us breeze through pregnancy without any issues while others are textbook; we have every symptom known to occur during pregnancy. One little discussed condition that affects some pregnant women is pregnancy rhinitis or rhinitis of pregnancy.

What is Pregnancy Rhinitis?

This refers to the stuffy, uncomfortable nasal condition that afflicts many pregnant women during pregnancy. It has no environmental causes and generally begins sometime during the first trimester of a pregnancy, but can occur at anytime during pregnancy. This condition can last for the pregnancy’s entire duration or even a few weeks after you have given birth.

It is believed that the increased levels of estrogen and blood during pregnancy result in the swelling of the mucus membrane causing the feeling of stuffiness. Sometimes these conditions also result in the production of excess mucus which helps to trigger pregnancy rhinitis.

What are the Symptoms?

Like most such conditions, the symptoms vary from person to person. However, some of the most common symptoms of pregnancy rhinitis are:

The condition normally clears up fully within two weeks of giving birth. Treatment for pregnancy rhinitis varies and depends on the degree of the condition. Some popular treatments are:

Apart from the above, you can also do quite a bit to control the condition yourself.

As always, when you are pregnant, even if you have an idea of what is wrong still talk it over with your OB/GYN. There is never any need to take chances with your unborn child. 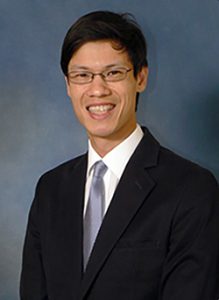