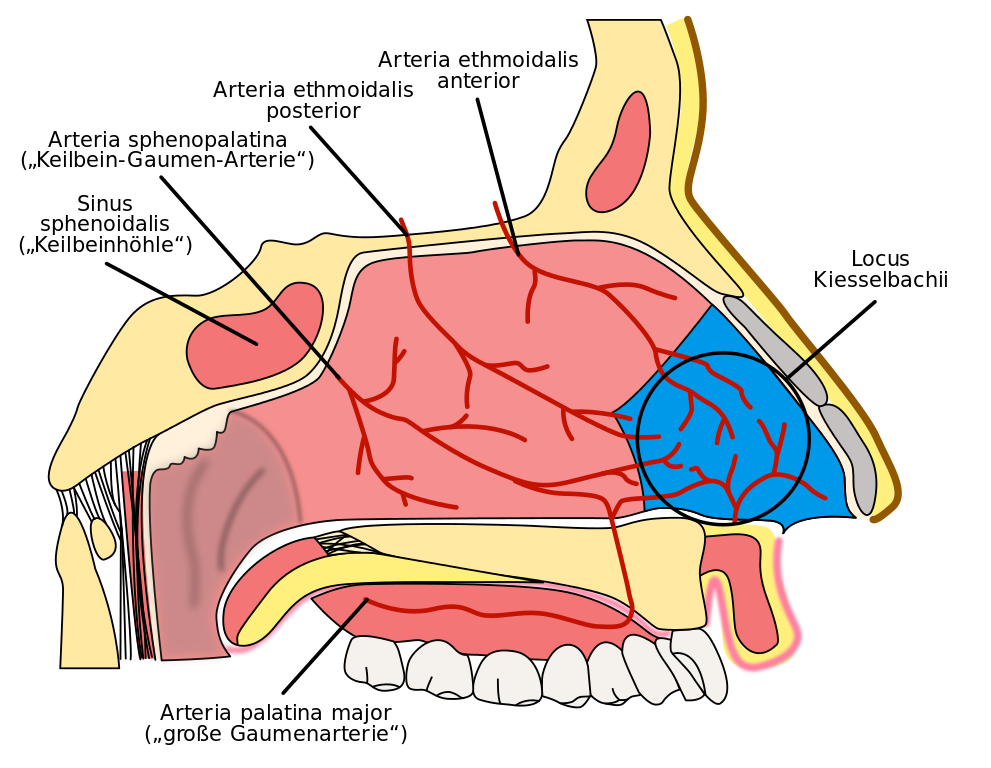 What is a nosebleed?

A nosebleed occurs when the membranes lining the inner nose are disturbed enough to cause abnormal bleeding. The medical term for nosebleed is epistaxis.

How does it occur?

The most common causes of nosebleed are:

What are the symptoms?

Symptoms of anterior nosebleed are bleeding that stops and starts or constant bleeding out of the front of your nose. Blood can flow from one or both nostrils. It may flow into your throat.

Symptoms of posterior nosebleed include rapid bleeding from the back of the nose or a slow, steady ooze. Sometimes the blood flows back into your throat and causes you to cough up blood.

How is it treated?

Most nosebleeds are minor and respond to first aid. First aid for a nosebleed includes these steps:

If a nosebleed lasts more than 10 minutes in spite of first aid, you may require silver nitrate cautery or electro-cautery to stop the bleeding.

How can I take care of myself?

How can I help prevent a nosebleed?